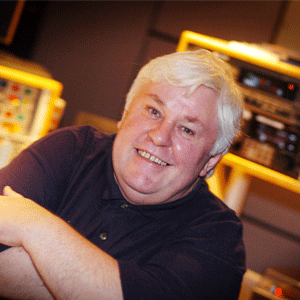 Brian Mullen was born in Derry where he still lives. His mother’s family were all singers and he sang pop and folk as a teenager. At university in Bangor, North Wales he met musicians who had links with Ireland and travelling with them, he met such singers as Nioclás Tóibín in Ring and Mick Flynn in Miltown Malbay. While studying Irish at NNU Coleraine he met Len Graham, Joe Holmes and Eddie Butcher, the last of whom had a lasting influence on his style and repertoire. Later, when he returned to Derry to live, he became friends with Seán Gallagher a neighbour, an Irish speaker and a fount of songs and stories.

He accumulated songs at home while a teenager, then in Wales, around Ireland and in Coleraine assembling an eclectic repertoire which has English, Scottish and American ballads, music hall ditties and songs in Irish.

In 1984 he began broadcasting “Mullen’s Folk”, on Radio Foyle which later transferred to Radio Ulster. In 1986, he joined the BBC’s Irish Language Unit as a producer and shortly afterwards began presenting “Caschlár” which features music from all over the world and styles including pop, soul, country and traditional Irish music.