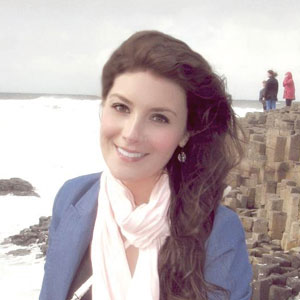 Soprano Margaret Keys has been singing since the age of four.

Born in Derry, Northern Ireland her passion for music took hold at a young age and Margaret decided that she wanted to pursue a career on stage.

Her talent quickly became clear and she was already being marked out for success by some of the leading conservatoires and music professionals.

At the tender age of 15 she was awarded the Trinity College Of London Gold medal for the best overall performer in the graded examinations.

Margaret won a scholarship to complete her vocal training at the prestigious Royal Scottish Conservatoire of Music and Drama. She graduated with a Masters in vocal performance having already gained a First Class Honours Degree in Music Education.

Since graduating Margaret’s career has continued to rise. She signed a recording contract with Universal Records Australia and has been hailed as a unique find:

“Every once in a while an artist makes you feel truly humbled. Margaret Keys is one of those artists. She has a voice of pure warmth and beauty. I know the world will fall in love with Margaret.” (Universal Records CEO)